The wildflowers growing next to a 2,000-square-foot ranch house on West Bass Creek Road might not realize it, but the property where they live likely will sell for about 10% more than it might have last year.

The Rock County housing market continues to experience tighter-than-average inventories, and dips earlier this year in federal interest rates and recent gyrations in the stock market have begun to light the market’s fuse.

In the second quarter of this year, home sale prices shot up significantly, outpacing prices of a year ago by 8.7%. It’s a sign of a market on the rebound after flat sales earlier this year.

In June, the average sale price for the existing 234 homes sold was $197,500, according to South Central Wisconsin Multiple Listing Service data.

Those numbers lead the pack for economic indicators The Gazette tracks in its quarterly economic dashboard.

Local Realtors and mortgage lenders say the price jump isn’t enough to consider the market overheated. However, it does put the average home sale price at nearly double what buyers paid in 2012, when the local economy was in recovery mode.

Loren Fellows, a mortgage manager for Johnson Bank in Janesville, said she believes a federal interest rate dip last month along with tight local availability of homes are driving an emerging set of sellers.

Some of them, Fellows said, are second-time or third-time homebuyers who have equity and are eyeing a chance to buy a different home at a favorable mortgage rate. At the same time, she said, recent announcements about tariffs on Chinese goods have caused movement from the stock market into the bond market, which is closely tied to housing.

Those forces have fueled an increase in new listings, bolstering an inventory that had just three months of available housing a year ago. That’s about half the amount most real estate analysts consider a “balanced” housing market—one equally favorable to buyers and sellers. 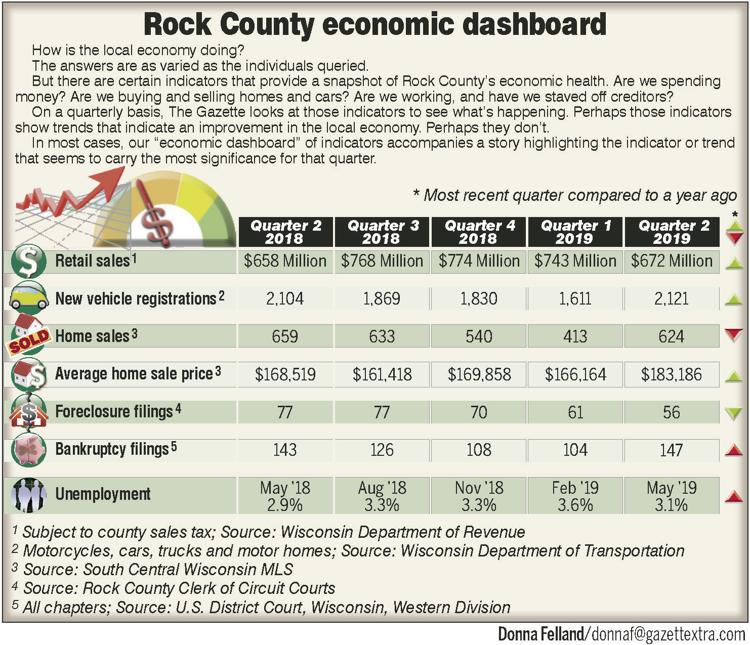 The local housing market saw a 25% increase in residential listings at the end of June, compared to the same period a year ago.

“It’s become the perfect storm for people being a little more willing to jump into the real estate market,” Fellows said.

That might explain why a three-bedroom ranch in Afton (with a $198,000 price tag) got an accepted offer last week, less than a month after it was listed. It was bought by a local person who also sold a home in equally short order.

“There is an urgency to buy while the money is cheap,” said Erika Penny, a Realtor for Briggs Realty Group in Janesville. She’s the agent who listed the house.

Penny stopped at the house Monday to tack up an “accepted offer” card on the real estate sign in the front yard.

The house had drawn multiple suitors. The eventual buyers sent a letter to the owner that explained how much they love the home and the property around it.

Traditionally, home sellers and prospective buyers hardly ever meet or speak to each other before closing.

“The letter—that’s something that’s new,” Penny said. “It’s something people started to do recently. Anything to set yourself apart.”

Fellows said the housing market is seeing more buyers who are moving to the Janesville area from out of state. The ink just dried on a pair of mortgages her staff wrote for people who are moving here from Colorado, she said.

“It’s jobs. Some of them are manufacturing positions, everything from laborer-manufacturing stuff, hourly workers to new management those companies are bringing in,” Fellows said.

She said she’s also seeing more homes bought by airplane pilots, high-tech engineers, doctors, doctors-in-residence and other medical workers, all of whom are moving here for work.

Adam Briggs, a broker and Realtor who operates Briggs Realty Group, said he’s watching for signs of an overheating market.

If prices continue to climb for lower-priced homes, it could become harder for first-time homebuyers on government loan programs to bankroll a mortgage—particularly if the homes they want need remodeling.

Briggs said if the number of people listing homes keeps increasing, the extra inventory could ease the upward march in prices.

“I’m not complaining about the current market we’re in,” he said. “At some point, it probably will level itself out.”