Successful Succession Part I of VI: How To Maximize The Impact Of Business Transition

William and Susan are the owners of Jackson Machining, a manufacturing business in Waukesha, Wisconsin. William, one of four children, started working in the business for his father when he was just out of high school and worked his way up to CEO when he turned 45. William’s father worked in the business until he was 86 years old, at which time he became ill and passed away.

At his father’s death, William owned 10% of Jackson. His father’s stake of 90% passed to William’s mother. When his mother died three years later, William learned for the first time that, under his parents’ estate plan, the shares in the business, like all other assets owned by his parents, were left equally to William and his siblings. William was the only family member who had ever worked at the business.

While William had always enjoyed a close relationship with his siblings, after his parents died that relationship became strained. While his parents left enough life insurance proceeds to pay a sizeable estate tax bill, there was very little additional liquidity in the estate. Other than some meager proceeds from selling their parents’ house, William and his siblings were left with shares in the business. After the distribution of stock, William owned 32.5% of Jackson (his original 10% plus ¼ of his parent’s 90%), and each of his siblings owned 22.5%.

Understandably, William looked at his ownership in Jackson different than his siblings did. For William, ownership meant employment, purpose, potential, legacy, memories of his father, and loyalty. For his siblings, the shares were a financial asset, like stock in Apple or General Motors.

While William believed he, the owner with the most knowledge of the business, should have decision making authority to choose strategic direction, he learned quickly that such authority was housed, collectively, in his three siblings who could, if they wanted, vote him off the board and terminate his employment.

Eventually, knowing that his siblings viewed Jackson as a financial asset, William was able to get the financing to buy out his siblings and obtain 100% ownership of Jackson.

But sadly, as a result of the tension surrounding their co-ownership and the buyout, William has not spoken to his siblings in over a decade. And while Jackson is doing fine, because of the cost of servicing the bank note used to buy the shares, William has not been able to grow Jackson nearly as much as he would have liked to.

In writing this series, I want to describe the succession process through the lens of how I would work with William, Susan and their children.

The first meeting is with both William and Susan and has three primary goals:

I’m not going to spend a lot of time describing those first two steps, but let’s assume the most common scenario, that William and Susan have done very little planning and both want a better plan than William’s father crafted for his family.

William and Susan like how I’ve described our process and the value proposition and have decided to work with me. At that point, we need to start crafting financial purpose.

Financial purpose is the starting point for all of our planning and advice at Johnson Financial Group, not just for business owners. The place we always start is asking our clients to think of two circles: in one circle is what (and who) they care about and in the other circle is their resources. Our goal in planning is to make those circles “come together” as much as possible. In other words, we seek to use resources (time, earning potential, income and assets) to accomplish those things they care about and care for the people they care about. That intersection is known as financial purpose.

When it comes to business owners like William and Susan, as an advisor, I also start with that financial purpose. But the business, almost always, creates an interesting wrinkle in crafting that purpose. A threshold question that they have to answer is what does the business mean to them?

For some business owners, that is all their business represents. It is, for lack of a better description, just another financial asset. For these owners, the role that the business plays in their financial purpose is liquidity, a source of funds that can be used to pay for those things that bring them happiness.

But for most business owners I work with, the business generally means more to them than just money. For example, for William, the business might represent his relationship with his father. We know enough of William’s story to anticipate that he likely worked closely with his father, might have been mentored by his father, and could have worked together with him to transition role and authority. It is possible William became indoctrinated in his father’s origin story and embraced the business as the output of years of struggle and sacrifice.

A common refrain I have heard in working with second-generation business owners is that the business gave them the opportunity to have a relationship with a parent who was never at home when they were growing up (because they were building the business), and the business becomes the emotional connection point of that relationship. And presuming that William shares some or all of that, the business’s role in financial purpose becomes more than financial.

Those multigenerational stories and values become a part of both WHAT is important to William and what resources are available to achieve those things. In fact, many business owners treat the business not just as a what, but almost a who; in other words, someone that is important to the owner, not unlike another child. When the business’s role in financial purpose blends family, values and value, the purpose takes on elements of legacy rather than liquidity.

Finally, it is very common when meeting with owners like William that when we are uncovering who is important to them we end up going beyond family to the employees that helped William achieve financial success. Oftentimes, this appreciation and affection challenges and constrains the use of the business as a financial asset. For example, I have met with many business owners who are unwilling to sell their businesses for top dollar because they are convinced the buyer would terminate employees. When employees have a role in defining financial purpose, then loyalty becomes a dominant factor, sometimes overtaking liquidity and legacy.

So with William and Susan, we would spend a considerable length of time working through financial purpose and the business’s role. We would work with them to uncover and capture their story. We would determine what the business means to them: legacy, loyalty or liquidity—or a blend of some or all of those. That financial purpose would be written down, shared with William and Susan, generally thought through, discussed and reworked…and eventually used as the North Star or constitution of the financial strategy we craft and the financial advice we provide.

I want to make a couple of initial points on uncovering and capturing a client’s story. First, the value proposition of an advisor should be to provide customized financial advice. The customization emanates from the story: my advice is how to maximize the impact of your resources to accomplish your values. I learn your values (those things and people most important to you) from hearing your story. Second, while we always start the process by capturing story, in my thirty years of practice, that initial story is never close to complete. Values evolve, clarity comes over time, goals change and trust builds. All these things enhance the story over time, which allows for better financial advice.

So, at this initial stage, William and Susan’s story would likely be pretty skeletal. But we can imagine some themes:

Conclusion of Part I:

So at this point, we have some sense of who William and Susan are. We know who they care about and what makes them happy. We know some of their lessons and scars. We know how they see the business: legacy, loyalty, liquidity.

In the next part of this process, we begin to analyze how to protect the business if something happens to key decision makers. Some call it a governance audit; I call it “If not you, then who?” 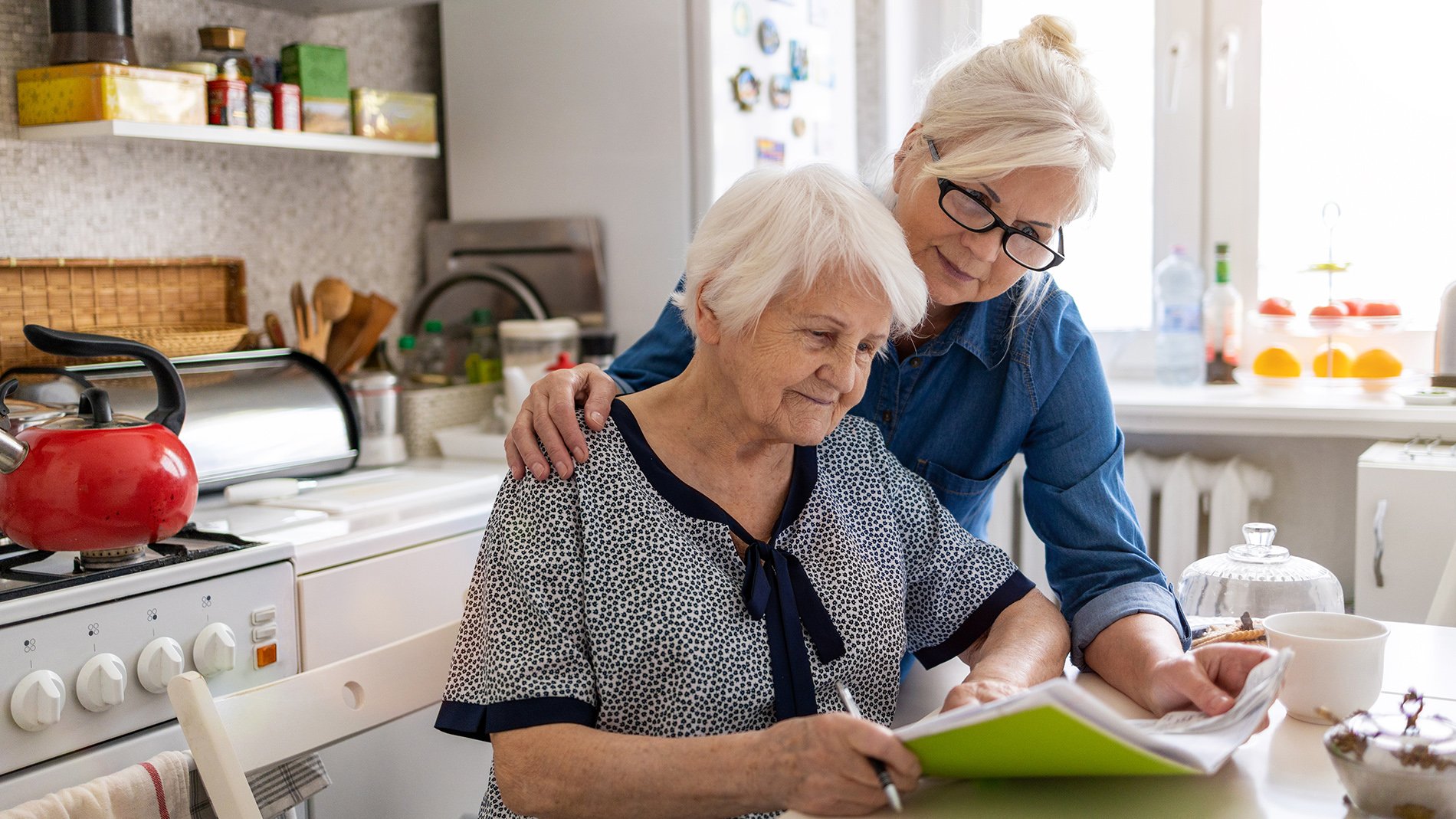 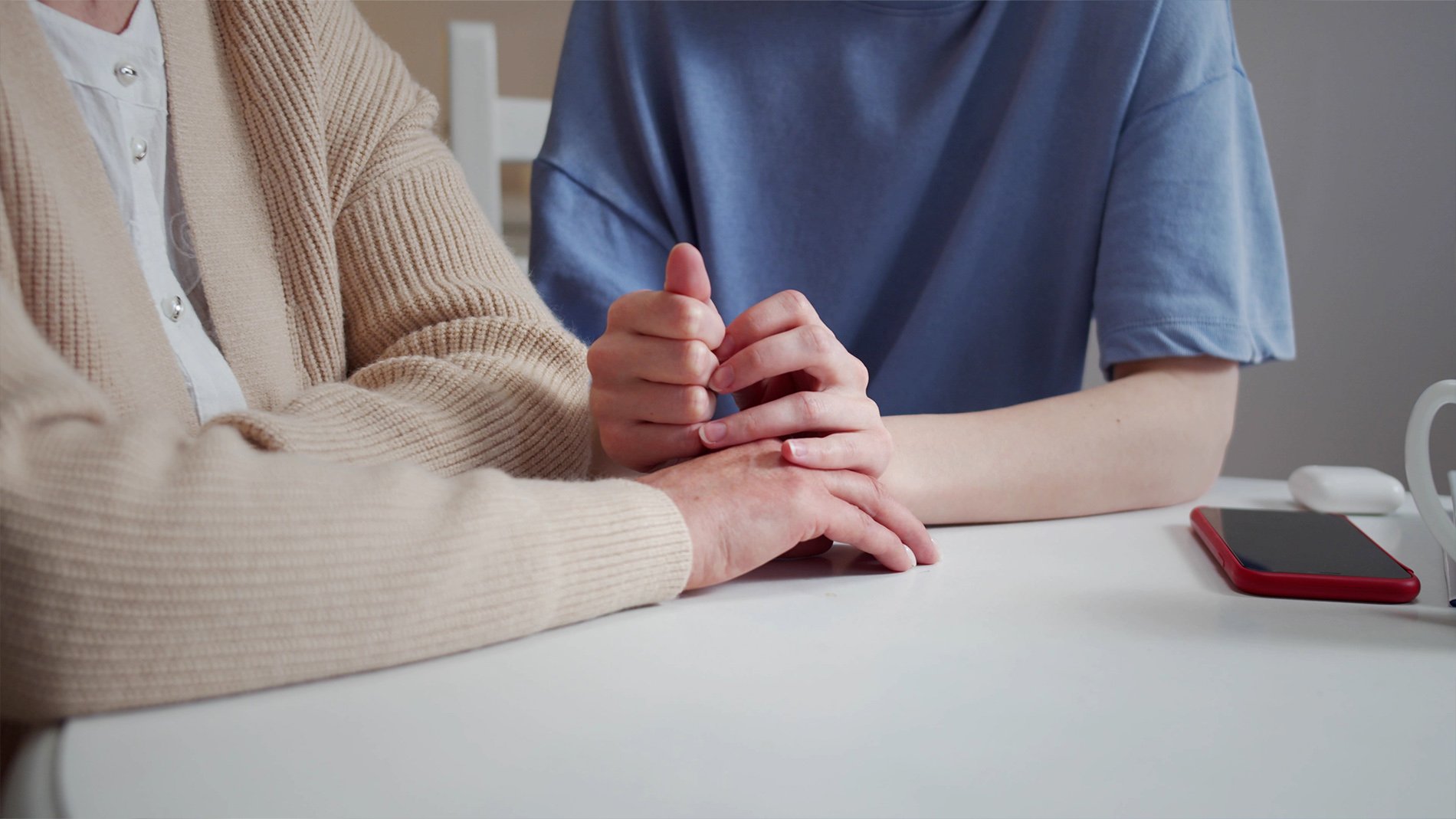 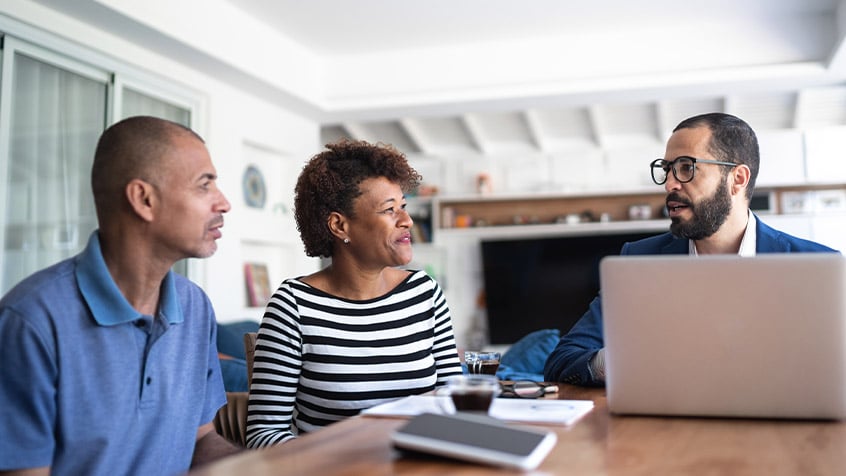 Part I: The Origin Story and Background

Learn More About How To Maximize The Impact Of Business Transition 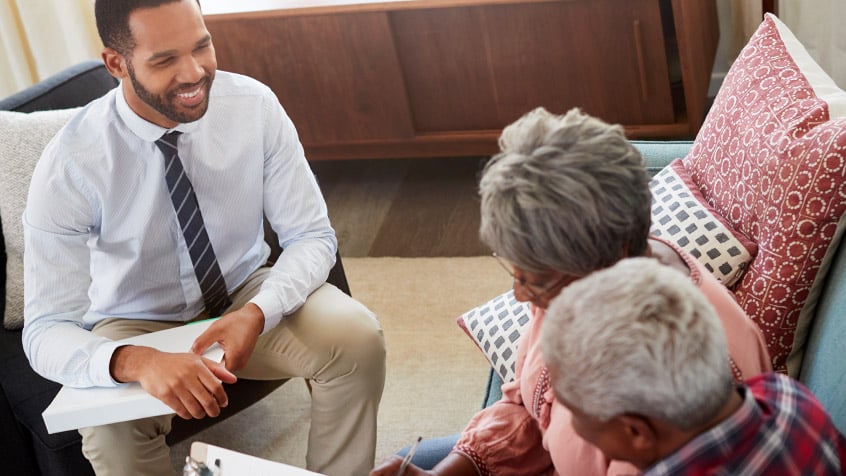 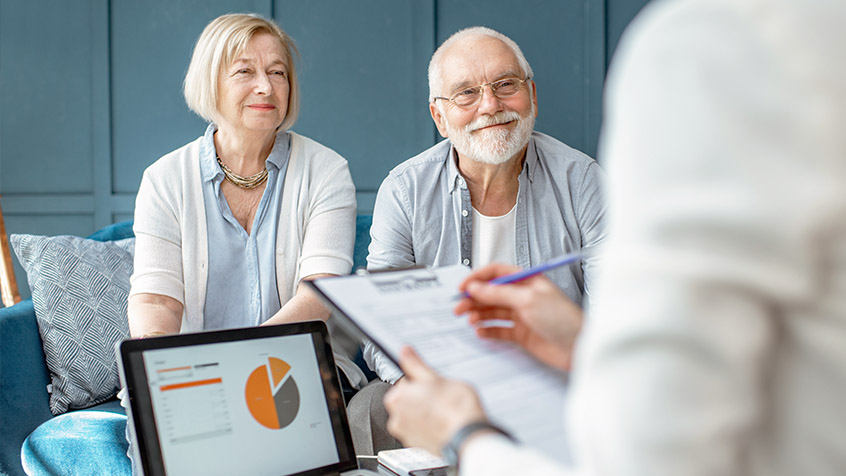 Part III: Your Financial Plan and Your Business' Role in It

This is the third part of a six-part series focused on planning and implementing a successful succession strategy. The series focuses on a business-owning couple—William, 63 and Susan, 60—along with their three children: Nancy, 28; John, 25 and Amanda, 20. 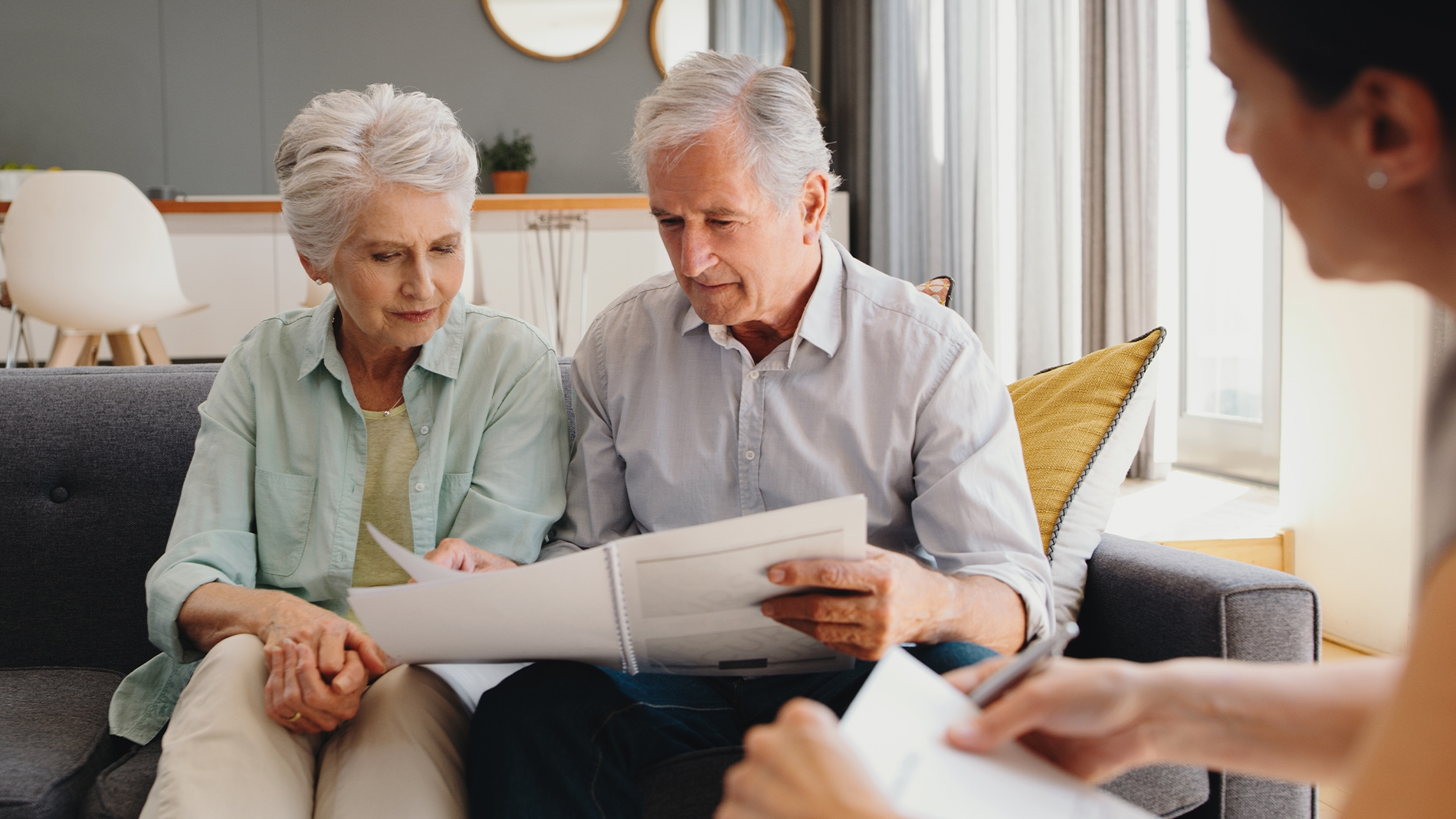 Successful Succession Part IV of VI: How To Maximize The Impact Of Business Transition

This is the fourth part of a six-part series focused on planning and implementing a successful succession strategy. The series focuses on a business-owning couple—William, 63 and Susan, 60—along with their three children: Nancy, 28; John, 25 and Amanda, 20.