Broad US dollar weakness leads to EUR 2 month high and CAD 3 month high. Despite some encouragement and US stocks rallying in response to the reopening in the United States, markets are volatile likely due to recent events causing civil unrest across the nation. The US dollar index has dropped more than 2% during the past week, pushing several other currencies to monthly highs.

The Euro has strengthened more than 2% in the past 5 trading days, reaching a two-month high. The ECB meets on Thursday and is expected to add 500 billion Euros in asset purchases in an effort to mitigate the impacts of COVID19 on the economy.

Similarly, the Canadian dollar has rallied about 2%, trading at its strongest level in nearly 3 months. The Bank of Canada met today and left interest rates unchanged at 0.25%. This was widely expected as the new BOC Governor Tiff Macklem starts his reign under some of the worst economic conditions ever. Canada’s economy was struggling even before the crisis and recovery will likely be lagging in comparison to the US. 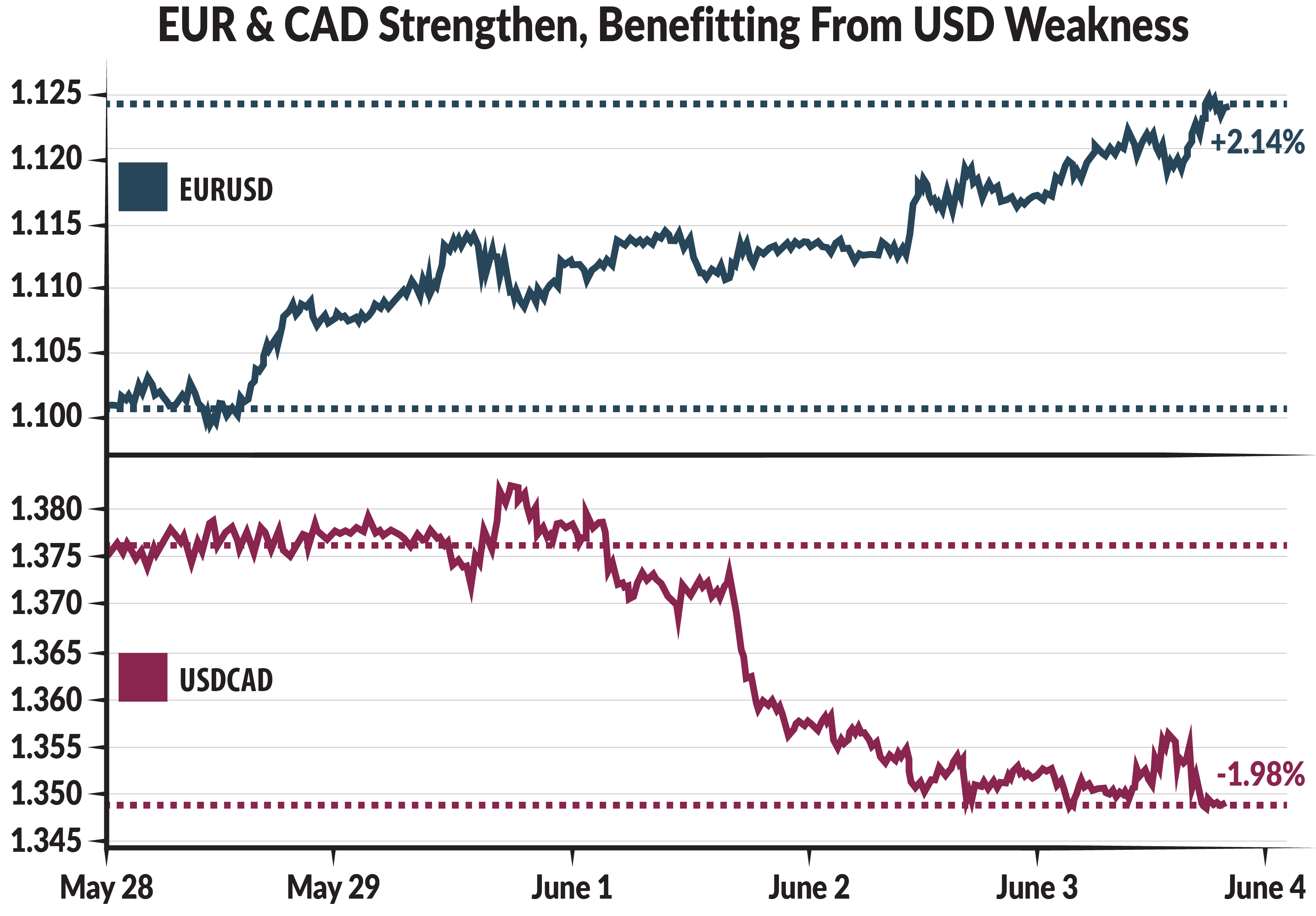 As you explore new markets, our advisors can help you manage your company’s potential interest rate risk.