The return environment in 2018 proved to be challenging, with most major asset classes posting losses for the year [Exhibit 1]. 2018 also saw the return of volatility, which had been at unusually low levels throughout much of 2016 and 2017. While returns were volatile during the first 3 quarters of the year, it was during the final quarter that volatility spiked higher and risk‐assets, such as equities, saw their weakest returns. The fourth quarter sell‐off brought the returns for most segments of the equity and fixed income markets into negative territory, giving back a portion of the strong gains that were achieved during 2017. 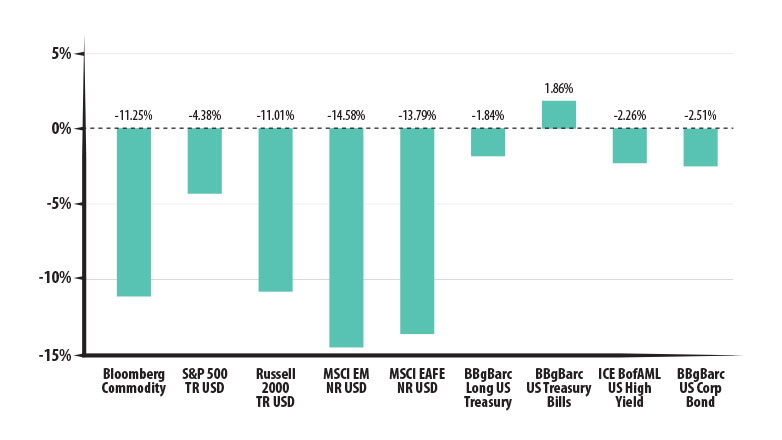