My partner and I were recently on our honeymoon to Italy and among the many impressive and astonishing frescos, paintings, statues, and ruins there was David, located in the Galleria dell ’Accademia in Florence. One fascinating feature to my eye was how David’s appearance shifted with perspective. Only one eye can be seen as the observer walks around the statue. The left eye appears fixated as David prepares his sling, and he appears calculating and cunning. The right eye is much more assertive and conveys power. David’s gaze is very aggressive when observed head-on and he is clearly ready to take on Goliath, while elsewhere he is almost pensive. Now back to work, I am reminded of how many different viewpoints are within the U.S. economy, with many facets to fixate on. Which ones deserve our attention?

Presently consumers are challenged by uncomfortably high inflation and more restrictive monetary policy as the Federal Reserve raises interest rates. Recent inflation figures in early August showed a year-over-year increase of 8.5%, the highest inflation in a generation. The war in Ukraine is exacerbating price pressures in energy and food, accounting for an estimated 35-45% of the overall total. Economists are closely tracking “core” inflation, which includes rents and travel related costs. Having said that, wages (the price of labor) have not yet significantly contributed to higher inflation, reducing concerns about a spiraling of wages and prices (Figure 1). 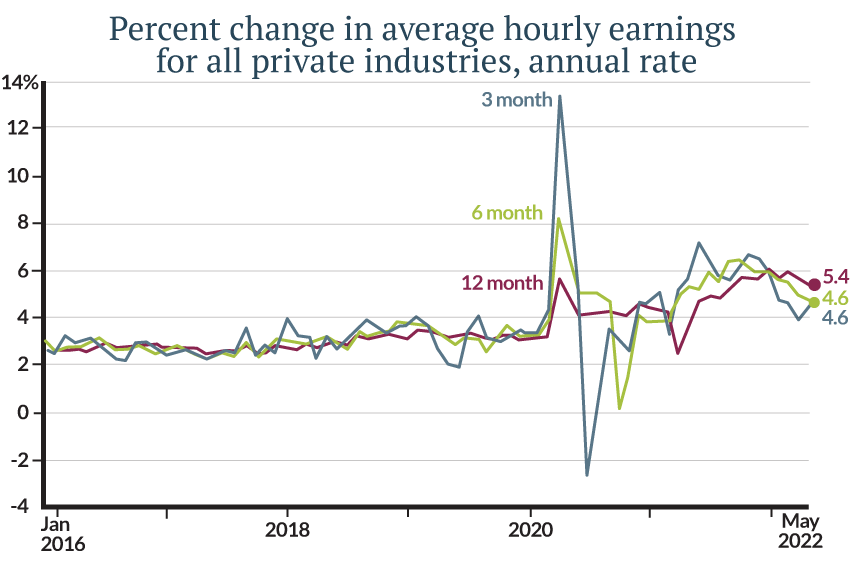 Higher interest rates are dampening the outlook for housing purchases and future borrowing. Recent data on economic output in the U.S. revealed declines in the first and second quarters of 2022, while real total private wage growth has contracted by six percent relative to the pre-pandemic trendline as of June 2022. All these factors have contributed to cause a sharp drop in consumer sentiment as show in Figure 2. 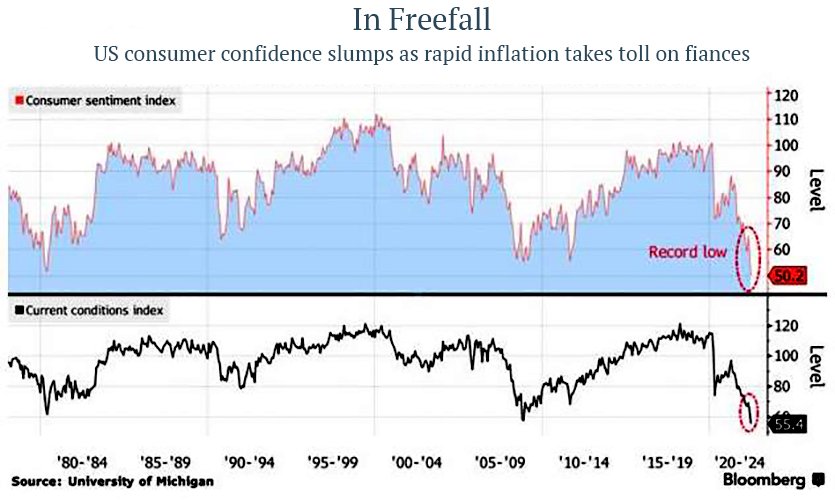 Interestingly, while consumers are conveying pessimism their spending tells a different story. June 2022 consumer spending data came in higher than expected, suggesting that consumers are shaking off higher prices even as real wage decline. The July jobs report showed strong job gains, higher than expected and signaling continued demand for workers. Household debt levels are another indicator to watch. A lack of confidence might compel households to reduce debt. Conversely, higher debt levels may represent consumers feeling empowered to pay off that debt (or viewed negatively as savings are depleted). Currently those measures look relatively stable, as consumers kept debt levels steady and have retained significant excess savings (Figures 3, 4 and 5). 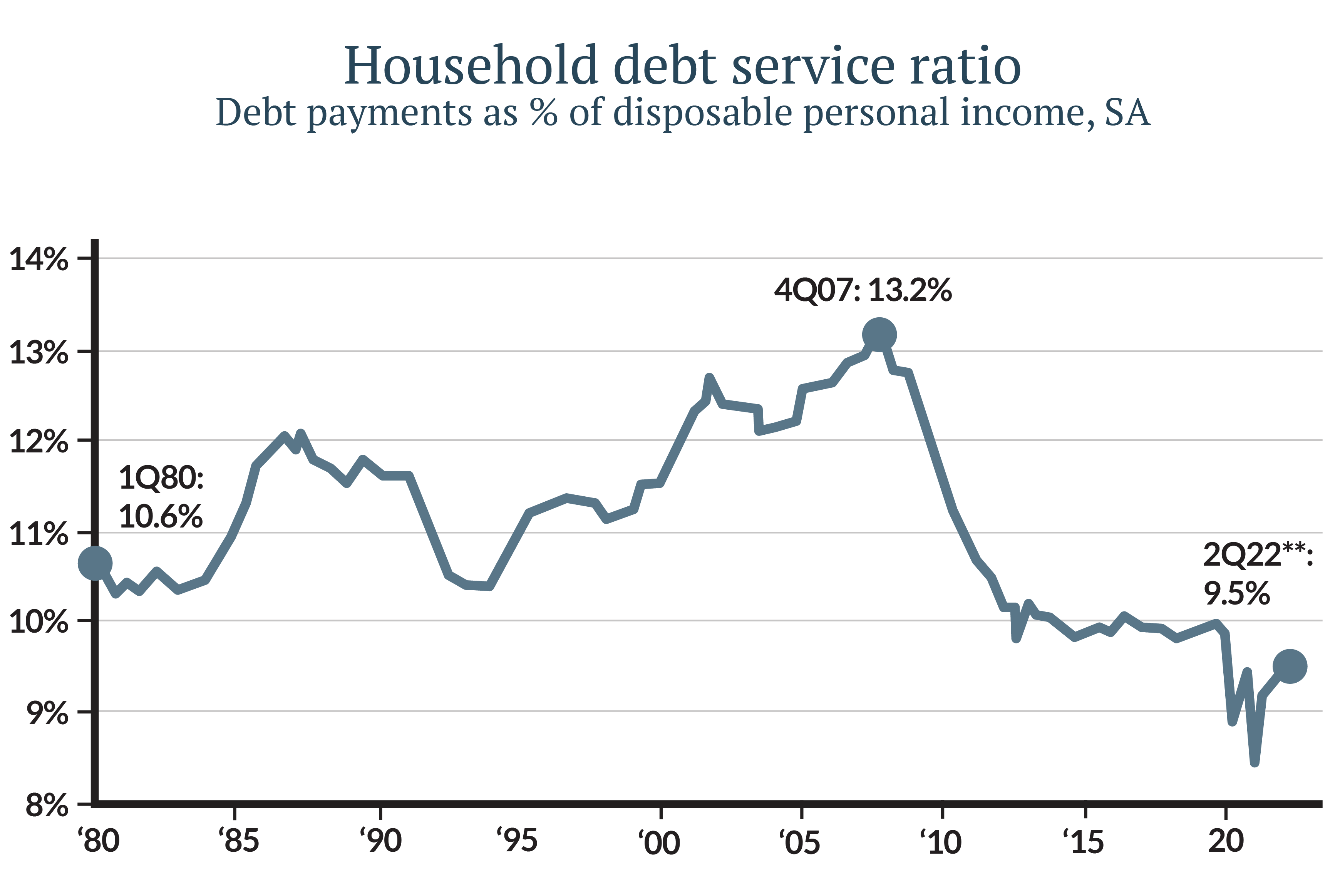 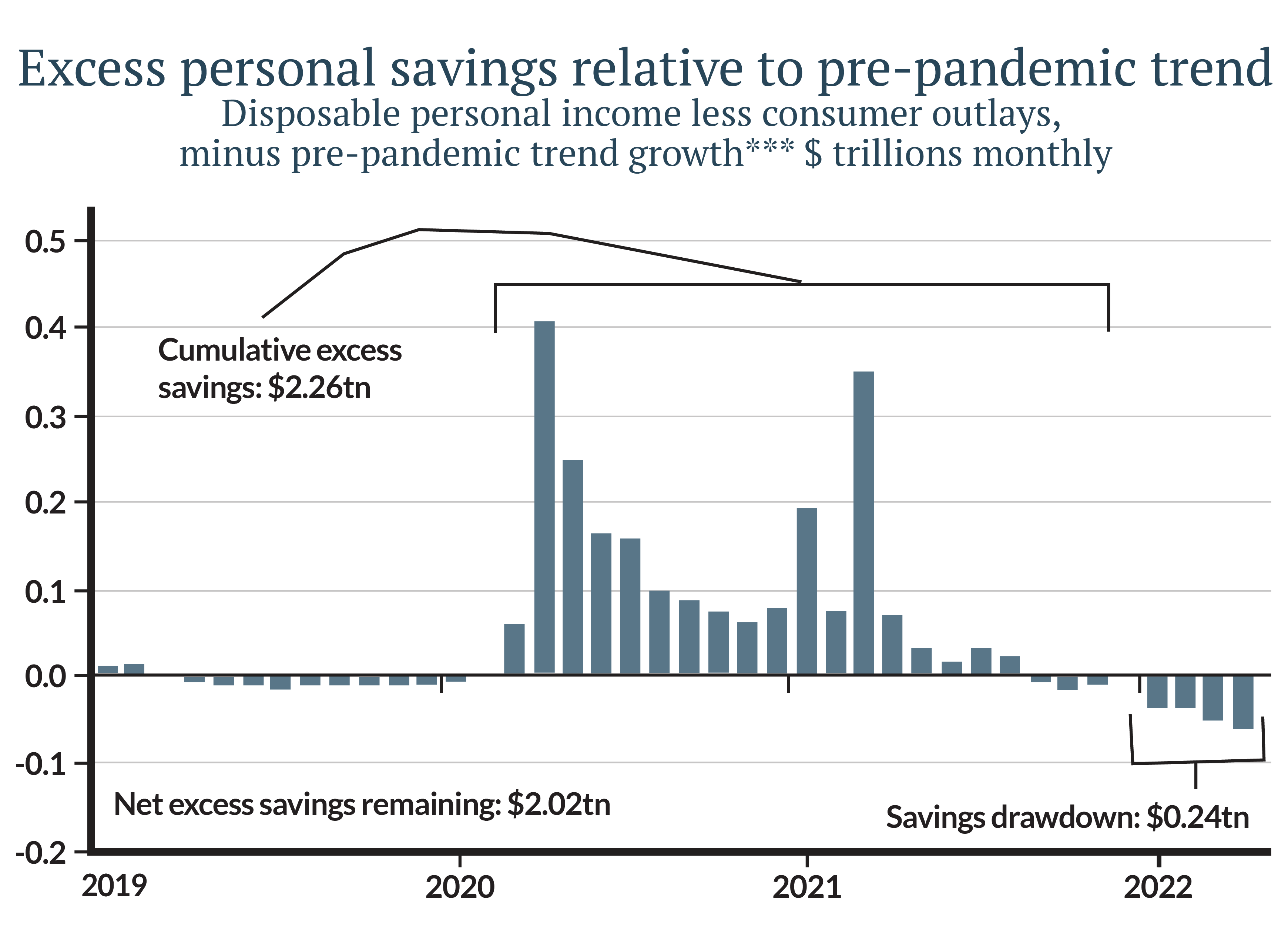 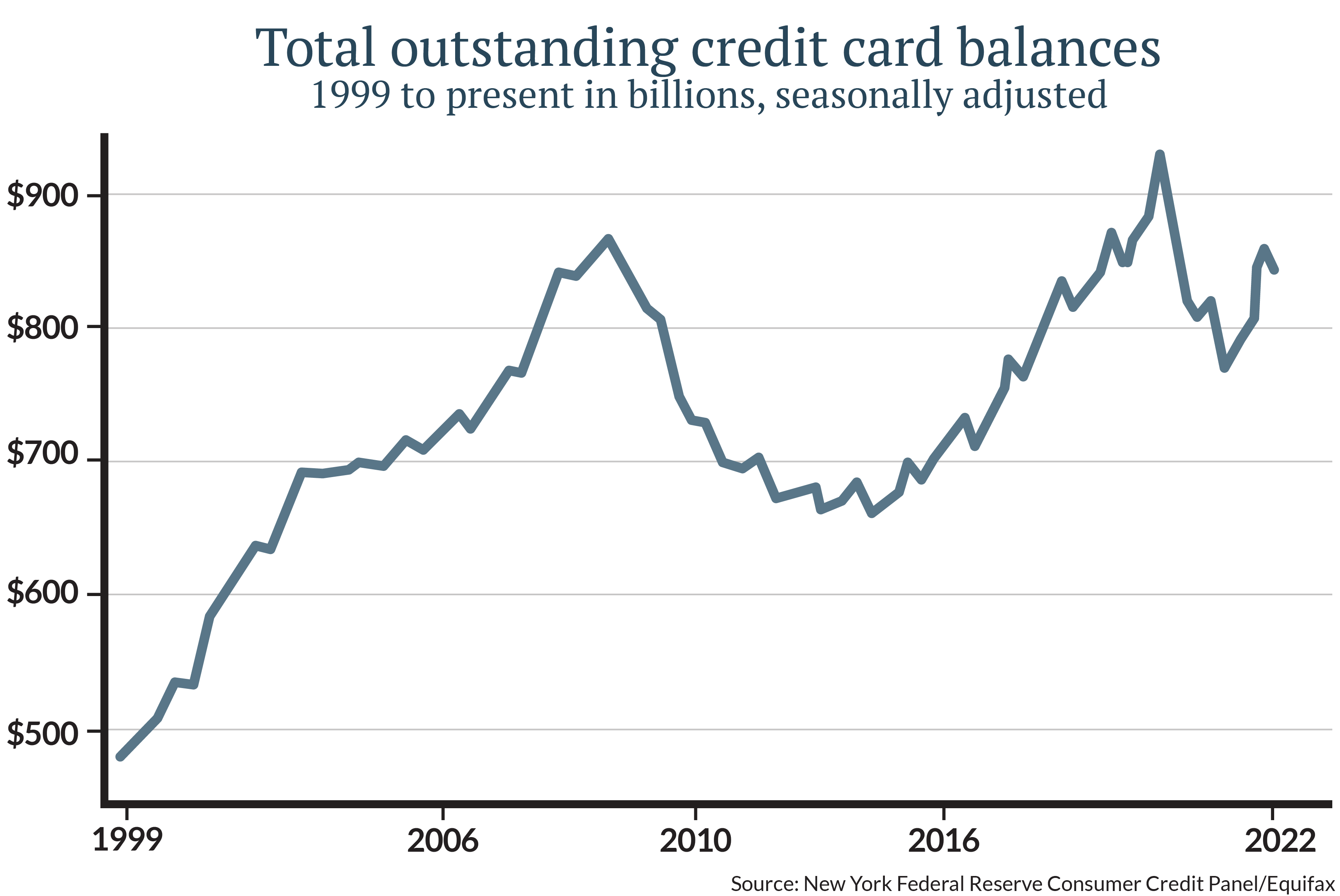 Having said that, the trendline in consumer spending and industrial production is flattening, and with real declines in consumer purchasing power, demand is beginning to weaken as financial conditions tighten as shown in Figure 6. 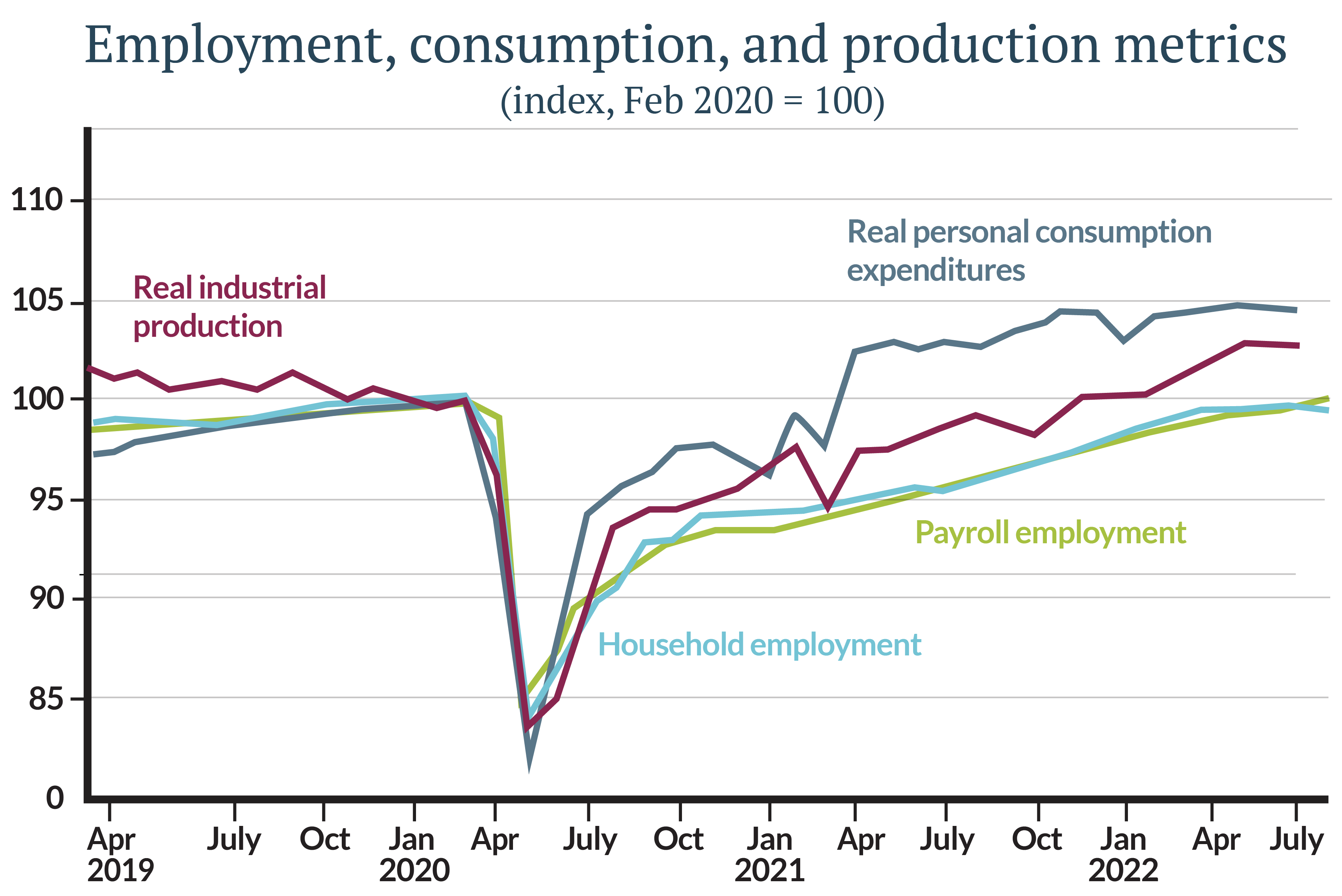 So many observations are in conflict. The U.S. economy is facing peak uncertainty while the Fed attempts to slow the economy without inducing an outright recession. Yet other datapoints are downright confusing. While the economy met a common definition of recession, it is difficult to imagine. For the year, the economy has added millions of jobs with consistently higher consumer spending, which accounts for some 70% of all economic output. Some consumers are buying the same goods but purchasing lower cost generic brands, creating a gap in different inflation measures. Inflation is elevated in the U.S. but also elevated globally, obscuring its causes. When there are periods of high economic uncertainty, clients who stick to their financial plan and long-term goals should find consolation. The people of Florence looked to David as a sign of their republic’s strength against all enemies, even as their perspectives may have differed. 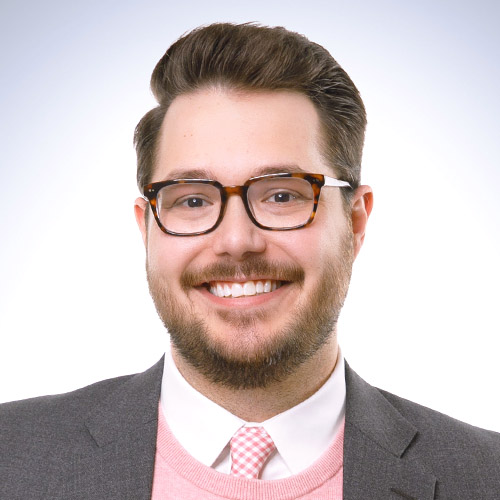 As Vice President, Wealth Advisor, Kyle equips clients with tools to make sound financial decisions about retirement, saving and estate planning. Through a detailed approach to financial planning, Kyle’s goal is to help clients shoulder the burden of managing their financial life. With a strong passion for learning, Kyle is always excited to share his knowledge with clients.