One Tax Year Later: Assessing the Implications of the Tax Cut and Jobs Act

The Tax Cut and Jobs Act of 2017 (TCJA) brought a reduction in tax rates and significant changes to deductions for individuals and corporations in 2018, but its impact was not uniform. After the new law’s first full year, many were surprised to find that the law had some unexpected impacts. Johnson Financial Group’s Mary Pat Williams and Brian Andrew share comments on the new law and its observed implications for clients.

Immediately, the newly lowered tax rates made improved cash flows a reality. That additional free cash flow is important for business owners and lenders, as it increases a company’s ability to repay debt.

We saw businesses funnel tax savings into capital expenditures, but not everyone used the additional cash to purchase equipment or expand operations. Some used it to build their balance sheets, while others harnessed the cash flow to address an ongoing challenge – attracting and keeping a qualified labor force.

For example, businesses used the bonus depreciation feature of the TCJA to purchase equipment to help increase efficiency and productivity for workers. Others used the additional free cash flow to increase wages in order to attract and retain skilled labor.Under the new law, middle market businesses were able to repatriate profits from overseas at a reduced rate of 15.5% on cash and 8% on other assets. Owners have taken advantage of this welcome opportunity to invest in their businesses, pay dividends or buy back shares.

Surprisingly, the elimination of the deductibility of entertainment expenses didn’t immediately change business expenditures in this area. Most companies with tickets or sports suites plan to continue these investments for both client and employee entertainment. They typically enjoy supporting their local teams and communities, and are doing well enough to continue without the deduction.

The new tax law has led many businesses to think carefully about how they are structured. Some are working with their accountants to compare the new QBI deduction to the tax treatment of a C corporation. The decision must factor in more than tax implications, with questions such as how proceeds might be distributed after a sale, an important consideration. We find that many businesses have used this year to evaluate, and few have rushed into making changes. Looking ahead, businesses are watching trade discussions closely as many are or could be impacted by tariffs. While the overall effect of tax reform has been favorable, labor force issues remain of paramount importance.

The Tax Cut and Jobs Act brought fundamental changes that significantly impacted individuals – both their investments and personal taxes.

From an investment perspective, the stock market benefited from increased earnings and repatriated profits. Tax reform created a near-term “sugar high” that helped fuel GDP growth in excess of 4% in 2018, but that growth began to slow in 2019.

Hundreds of billions of dollars of earnings and repatriated profits were paid out in the form of dividends to shareholders or were invested in capital improvements. A significant portion also went into share buybacks, and while criticized in the media and by politicians, buybacks are a return of capital to shareholders that typically improves the company’s balance sheet over time. Shareholders use dividends or repurchased shares to funnel cash into other investments in the economy, fueling other benefits down the road which are harder to measure.

From an individual perspective, one of the most important impacts of the TCJA that we’ve seen is that many people were surprised to find higher tax bills. Most expected a tax cut given the extensive media coverage around tax reform. Some earning between $150,000 and $300,000 found that they were instead negatively affected.

Many of those with higher tax bills were more significantly affected by the cap on state and local tax (SALT) deductions. Tax withholding tables were adjusted to reflect lower tax rates but weren’t adjusted to reflect any of the changes to deductions.Many taxpayers who had in the past been subject to the Alternative Minimum Tax (AMT), an alternative calculation that assures that tax payers with a lot of deductions pay at least a minimum tax, were not subject to it in 2018. In the past, it is estimated that three quarters of people in high-tax states were subject to AMT and thus unable to take the SALT deduction. With new higher AMT thresholds, many of those taxpayers are eligible to take the now limited SALT deduction.

While the tax bill raised the standard deduction, it reduced many other write-offs. This means that many high earners must now think differently about how they will manage their taxable income going forward. The increase in the standard deduction to $12,000 for individuals and $24,000 for couples meant that many of those making under $100,000 didn’t need to itemize. For those earning north of that, up to $300,000, many found a greater portion of their income subject to tax and were forced to reconsider their strategy. For example, before 2018, many had moved to making Roth IRA and 401k contributions. But when facing the reduction in eligible deductions under the TCJA, some wealthy taxpayers need to reconsider making those contributions on a pretax basis in order to lower taxable income. This can be especially true for those potentially eligible for the new Qualified Business Income (QBI) deduction who may be bumping up against the income limitations (see above).

Very high-income earners--those between $300,000 and $1 million--found that income planning under the new tax law is more complex. These high earners often receive other compensation beyond a salary and bonus. This additional complexity requires these taxpayers to pay careful attention to how and when they are compensated.

For many residing in high-tax states on the coasts or elsewhere, the new tax law brings a question about where they plan to reside in retirement, with some carefully considering permanently relocating to lower-tax areas.

High earners also found a need to reassess their allocation to the municipal bond market for two main reasons. First, changes to deductions meant that more taxable income may now be subject to taxation. Secondly, the current low interest rate environment and very narrow spreads have led to many moving out of municipal bonds and into taxable bonds on the shorter end of the yield curve while owning longer maturity municipal bonds. The absolute level of interest rates is historically low, making managing bonds more complex.

The TCJA surprised many with the new higher estate tax exemption. While this only affects a small number of families, the law now allows individuals to transfer $11.4 million and couples to transfer $22.8 million in 2019, up from $5.49 and $10.98 million in 2017. Those affected are thinking carefully about transferring wealth tax-free before this provision sunsets in 2026. 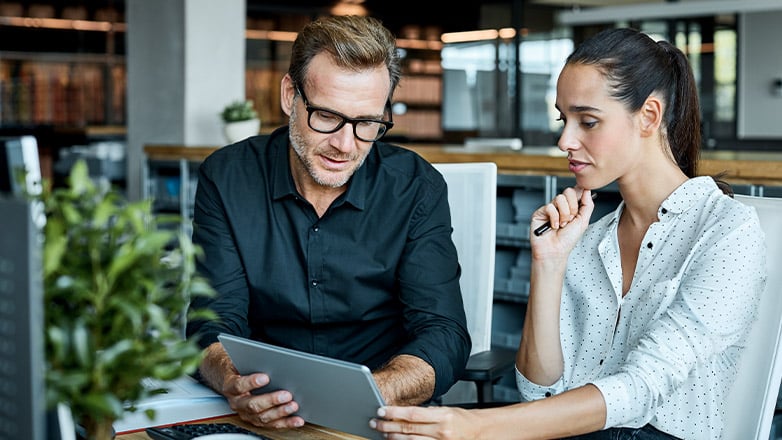