Not Your Grandparents' Oil Shock

Many people are feeling shocked by the recent increase in oil prices. However, the oil shock of today should not be as impactful in the United States as it was in times like the 1970s. Our economy is more resilient because U.S. consumers now spend less of their budget on energy, and we produce more energy domestically.

As a brief reminder, we have been here before. In the 1970s, the oil price shock was generated by a war in the Middle East, the oil embargo on the United States by OPEC, and a policy decision by President Nixon to ration American oil supplies. The result was very high inflation and a recession throughout the U.S. and most of the developed world.

In 1975, the average U.S. consumer spent 7.5% of disposable personal income (DPI) on energy. In 1990, consumers spent 5.5% of DPI on energy, while today we spend about 3.5% DPI on energy, according to a recent Piper Sandler report. While it’s unavoidably true that people with a lower income do spend a greater percentage of their income on energy—and are therefore disproportionately impacted—the lower average figure indicates the overall economy is far more insulated than previous periods.

The other large difference today is the amount of energy domestically generated in the United States. The U.S. is now a net energy exporter. This of course was not the case until very recently. In 1970, the U.S. was a net importer of energy in the amount of 12.1 quadrillion British Thermal Units (BTU), according to government figures at the time. Today, the U.S. exports net 3.46 quadrillion BTUs of energy.

In the past, oil shocks acted like a tax on the whole economy. Now, at least up to a point, the U.S. economy sees some benefit from higher oil prices. These include increased agriculture and commodity exports, more revenues for U.S. energy producers, and temporary decreases in consumer saving rates to make up for the change in energy prices.

Benefits from these positive offsets do fade as the price of energy rises to a higher price point because consumers begin to change their spending behaviors—forgoing other purchases in anticipation of possible future price increases.

We’ve seen multiple estimates that the price of oil becomes a drag on the United States economy at about $130 a barrel. The European economy in contrast, is in a very different situation. Europe is very reliant on external sources of energy, and this impacts the rest of the world in a more pronounced way. Europe does not have the positive offsets the United States enjoys.

Pain at the pump but overall resiliency

There are many things to be concerned about in the current world environment, and the energy situation is certainly one of them. But although we may feel pain at the pump—as our parents or grandparents did in the 1970s—we can take some comfort that the U.S. economy is more resilient than it was decades ago. 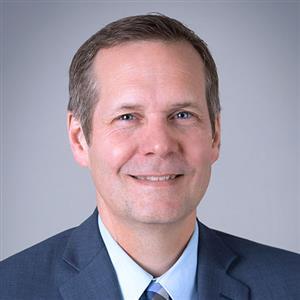 As Senior Vice President, Wealth Portfolio Manager, Kyle is dedicated to understanding your financial goals and helping you reach them. He specializes in crafting plans and investment portfolios with a focus on limiting your exposure to risk. Kyle is also adept at explaining and adjusting that strategy based on the current financial environment.