Some clients have expressed concern that municipal bond credit quality has declined due to the current economic slowdown. They are also concerned that municipalities will default on their obligations, leaving investors with less interest income, less principal, or both.

We are more optimistic and continue to watch the municipal bond market very closely. While it’s true that municipal revenues are vulnerable until the economy recovers, an unprecedented level of stimulus—including direct Federal Reserve lending to municipalities—is designed to ensure smooth market functioning and, most importantly, issuers’ access to credit. In addition, at Johnson Financial Group we strive to build high quality municipal portfolios and avoid the most economically sensitive bonds.

The following is an overview of credit quality considerations across several areas of the market, as well as an update on the Federal Reserve’s Municipal Liquidity Facility.

Average municipal credit quality is high as measured by nationally recognized ratings agencies. More than 90% of municipal investment grade bonds are rated above the lowest investment grade rating category, BBB. This is in stark contrast to the corporate bond market, where BBB credits dominate. Unlike the weakest corporate credits, many municipalities have sufficiently strong reserves, leverage, and interest coverage to weather a temporary hit to the economy. If the economy begins to recover as expected, we see the likelihood of widespread downgrades as low.

Low default rates would be consistent with historical averages. Investment grade municipal issuers have historically defaulted at a rate that is only a fraction of the already low investment grade corporate bond default rate. This is largely due to the taxing authority and essential nature of services provided. Additionally, many municipalities are statutorily limited in terms of their ability to file for bankruptcy protection. Some of the weakest credits will indeed default, but we feel the risk is low for the bonds we purchase for clients.

We avoid airport bonds from issuers that are dependent on one airline for a majority of their revenue. Only a few tollway systems make our approved list; these have a rising population, heavy traffic and limited alternatives—in short, they are essential. Only hospitals with strong balance sheets, high market share and high quality of care are considered. We rarely invest in small colleges, except those with large endowments that only accept a small percentage of applicants each year. And we rarely invest in convention centers or senior living facilities except where there is a supplemental support such as a county guarantee, or if the facility has significant market share across a wide geographic area.

We like general obligation bonds from strong communities and schools but not if they have pension problems or high debt or unbalanced budgets or shrinking populations. We like many large colleges, but only if they have strong budget performance and a stable to rising enrollment trend. We also like housing bonds with strong federal and state support.

We participate in sales tax revenue bonds where we see strong wealth levels and a stable to growing population. There has been a drop-off in sales tax bond revenue during the pandemic, but not by as much as some feared. While closed stores saw sales tax fall to zero, “essential” stores saw their sales rise—think of grocery stores, Walmart, Home Depot and so on.

In past commentaries we’ve described the details of the massive stimulus that has been put into place to bridge the decline in economic growth and promote normal financial market functioning. Thus far U.S. stimulus totals $9.5 trillion, which is equivalent to about 44% of annual U.S. economic activity (GDP), and more stimulus may be forthcoming. Federal government stimulus amounting to $3.3 trillion, including cash distributions and expanded unemployment benefits, has helped support consumer spending, which then supports municipal revenues.

Federal Reserve actions alone amount to stimulus of $6.2 trillion and include cuts to a near-zero federal funds rate, increases in bond purchases and direct lending, and the establishment of facilities to backstop money market funds and commercial paper. The Fed is now supporting nearly every sector of the bond market, including municipals.

On June 3, the Fed announced another revision to the Municipal Liquidity Facility (MLF), making the $500 billion facility available to more municipalities. The MLF was established to purchase notes maturing in three or fewer years directly from qualifying municipalities. States and large counties and cities qualify. Additionally, states can designate and qualify two counties or cities that are too small under the guidelines, as well as two other issuers such as airports, toll facilities, utilities, or public transit.

There are 380 potential borrowers, but the intent is for the MLF to be the buyer of last resort. In many cases issuers will be able to issue bonds at lower rates than the MLF is willing to pay. The state of Illinois was the first issuer to access the MLF, selling $1.2 billion one-year notes to the MLF at a rate of 3.82%. New York’s Metropolitan Transportation Authority, the largest U.S. mass-transit system, has also qualified to access the MLF. This facility is not intended to be a long-term solution to problems such as too much debt or pension underfunding. But the Fed has made it clear that the current financial issues in the U.S. should not be made worse by allowing municipalities to run out of money before the virus problem is resolved.

Although the overall municipal market is facing challenging conditions, we believe client portfolios are well positioned due to our disciplined municipal investment process and high quality emphasis and an unprecedented level of stimulus. 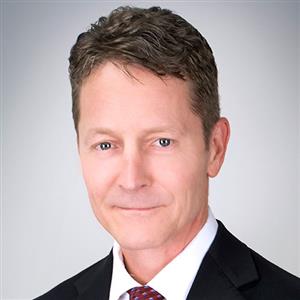 As SVP Director of Fixed Income Strategies Group and Portfolio Manager, Ron manages client portfolios, leads the fixed income team, and is a member of the company's Investment Committee. With a broad range of experience across many client and investment types, he is skilled in managing equity and fixed income portfolios and portfolio teams as well as leading investment strategy.