Meme Stocks: Where Are They Now?

Early this year, it was a rare occurrence to have a conversation about stocks and investments without wandering down the path of “meme stocks” such as GameStop and AMC. There are various theories on how the meme-stock craze started, but we know that it resulted in some incredible price movements in stocks that had previously been receiving little attention. The story was rich with dramatic deviations from companies’ fundamentals as social-media-fueled sentiment—and investors who called themselves “the apes”—drove out short-sellers.

I thought it would be interesting to see how these stocks have responded over the past several months. The point of this exercise is not to comment on the specifics of any of these individual securities, but more broadly on the topic of momentum investing. Many investors either made, or lost, significant amounts of money in a very short period. Their outcomes, positive or negative, weren’t based on fundamental changes of the underlying company but rather on market sentiment. Momentum investing is not uncommon. (In fact, to borrow one of my favorite Yogi Berra quotes, the recent movement in some cryptocurrencies feels like “Déjà vu All Over Again.”)

While it’s hard to identify a peak of the meme stock craze, one clear benchmark was January 28, when Robinhood restricted the trading of 13 securities citing the level of volatility. The graphic below shows how those 13 stocks have fared from January 28 through the end of October. 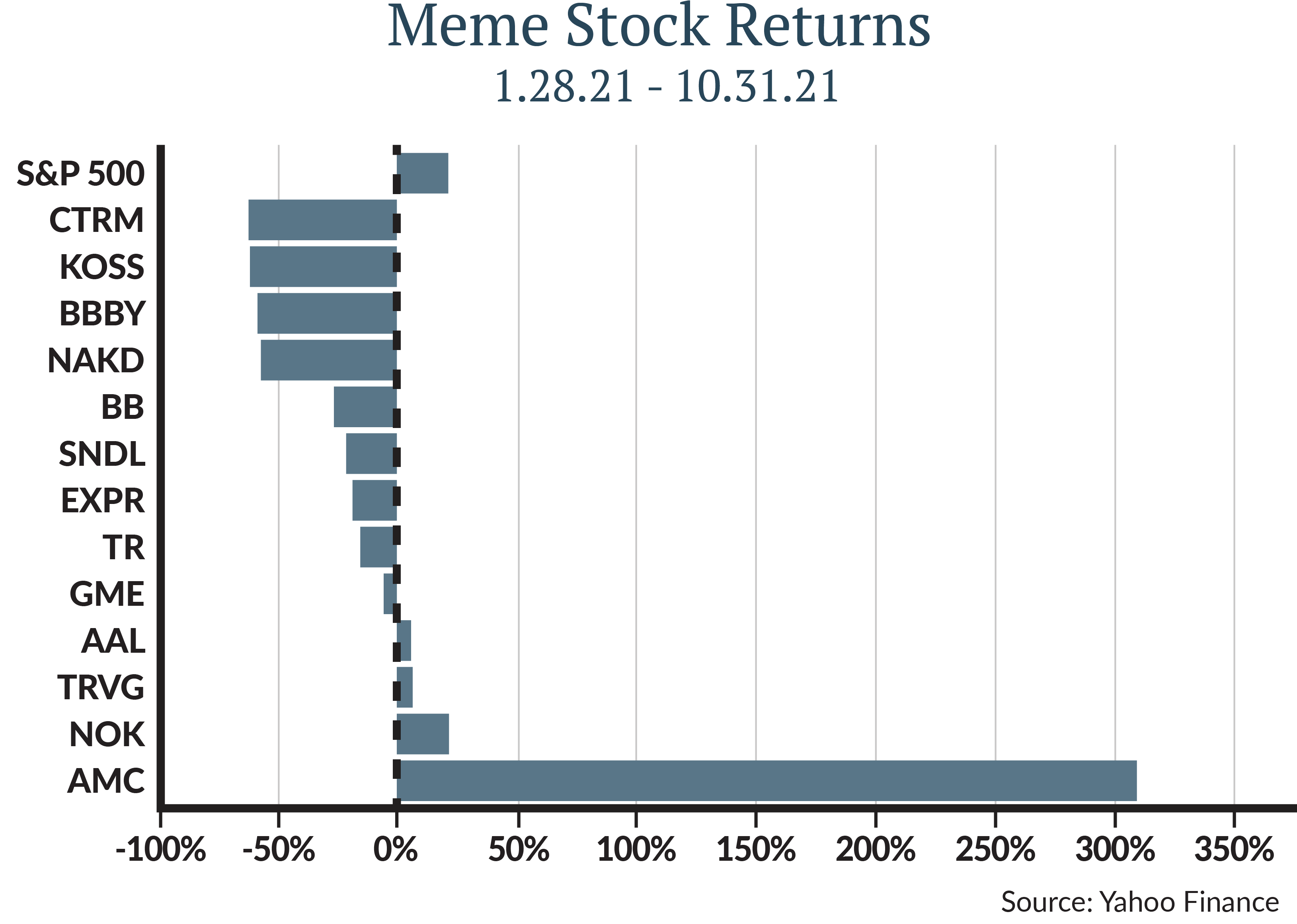 The total return for nine of the thirteen stocks has been negative over this period—and most are down significantly. AMC experienced a significant “second surge” in late May and is the clear leader. Over this same period, the S&P 500 has increased over 20%. To be fair, most of these stocks experienced a significant surge prior to the Robinhood restriction and are still well above their low points.

Despite weaker than expected news from both Amazon and Apple last week, overall earnings for the third quarter remain strong. With slightly over half of the S&P 500 companies reporting through the end of October, approximately 80% have exceeded expected earnings per share. On a positive note, the strong earnings this year have started gradually reducing market valuations. If we do experience the Echo Boom of strong economic growth, as outlined by Brian Andrew last week, these lower valuations should bode well for future returns. 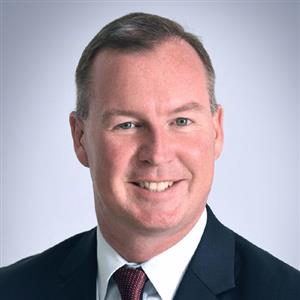 As Senior Vice President, Wealth Portfolio Manager, Eric works with individuals and non-profit organizations to create customized investment solutions. With a strong emphasis on providing a personalized experience, Eric actively listens to each client’s unique needs to deliver the most relevant financial solutions.