Like many during the early days of the pandemic, I got into puzzles. Puzzles were both a great way to pass the time and a fun challenge. Putting all the pieces together to finally see the big picture is intrinsically rewarding. Earnings season is upon us, and like a puzzle, we can assemble bits and pieces of company-specific knowledge to see the big picture about the economy.

Among the pieces are company-specific comments about supply chains, how companies are handling inflation, geopolitics, a rising dollar, interest rates, and consumer demand.

This week, about one-third of companies in the S&P 500 and about half of companies in the Dow Jones Industrial Average are expected to report earnings. Earnings season is usually accompanied with volatility, something that is not new to investors this year. However, the bar is set low given the short-term risks in the economy. As of Monday, about 80 percent of companies that have already reported have outperformed analyst estimates. As more companies report, we will be looking closely at forward guidance as an indication about how these firms will handle these risks moving ahead in the year.

The Consumer Price Index (CPI) inflation numbers came in at 8.5% for the month of March—serving as another puzzle piece to help us understand the inflation big picture. “Sticky” segments of the market include housing, restaurants, hotels, and transportation, and inflation stemming from these segments will likely take one to two years to normalize. Transitory segments such as energy, vehicles, and food at home may begin to show signs of easing. Signs of easing in some of the transitory sectors of inflation are beginning to show up in earnings.

Supply chains are also showing signs of easing. Truck demand is down 50 percent over the past 10 weeks while inventories are steadily rising as noted in the chart below. 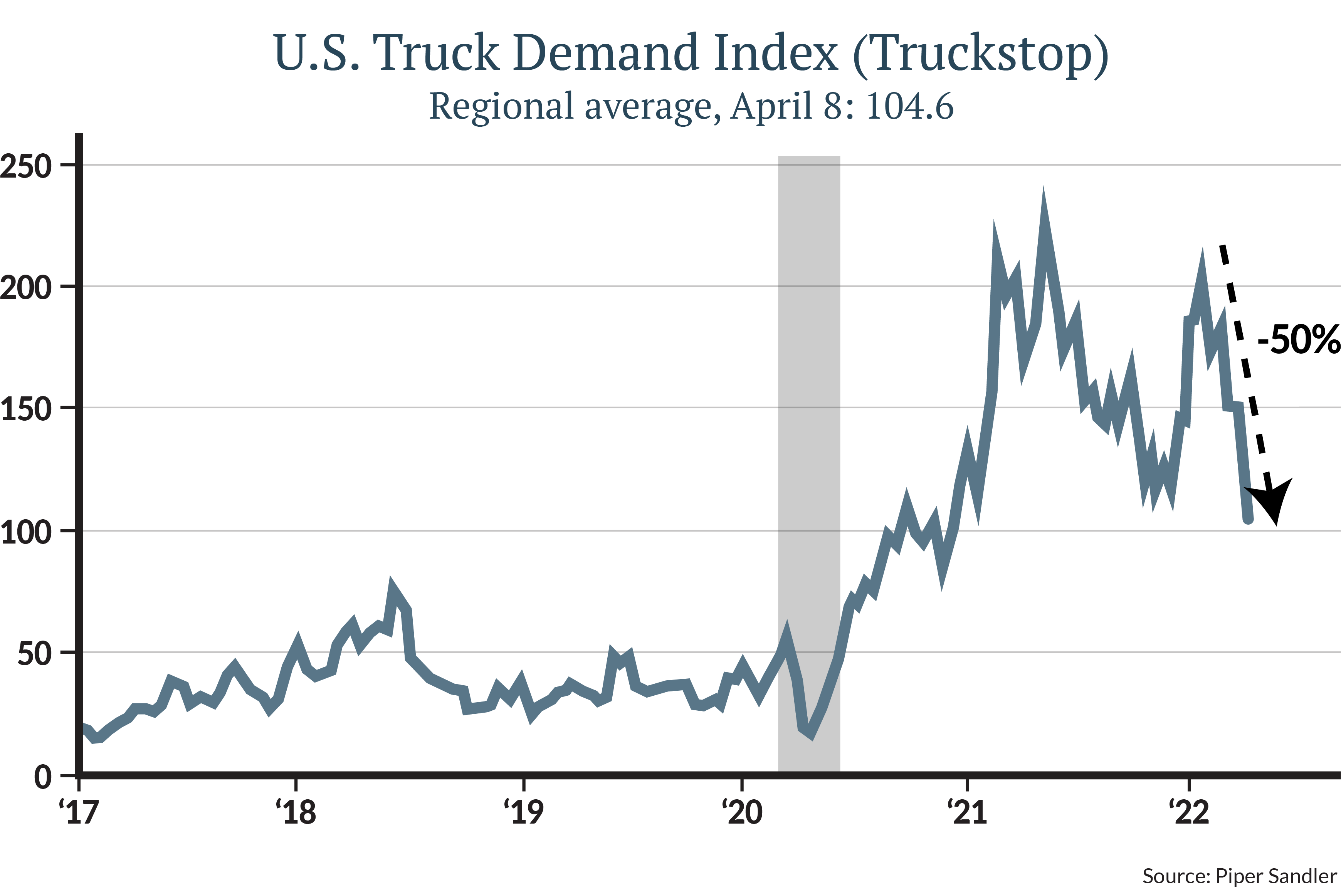 Strict lockdowns in China pose a risk as they could disrupt supply chains even further. Demand for goods is starting to show signs of slowing as consumers shift towards services consumption. Many of the “stay-at-home” stocks such as Netflix, Peloton, and Carvana, have given up their COVID premium. This has contributed to the growth sector’s underperformance this year.

Netflix, for example, reported a decline in its number of subscribers, and used car retailers such as Carvana pointed to weaker sales. Carvana is down about 80 percent from its highs last summer as used car prices begin to show signs of decline. What this is telling us is that demand for certain goods is beginning to slow and the prices for goods such as used cars have probably seen their peak as noted in the chart below. 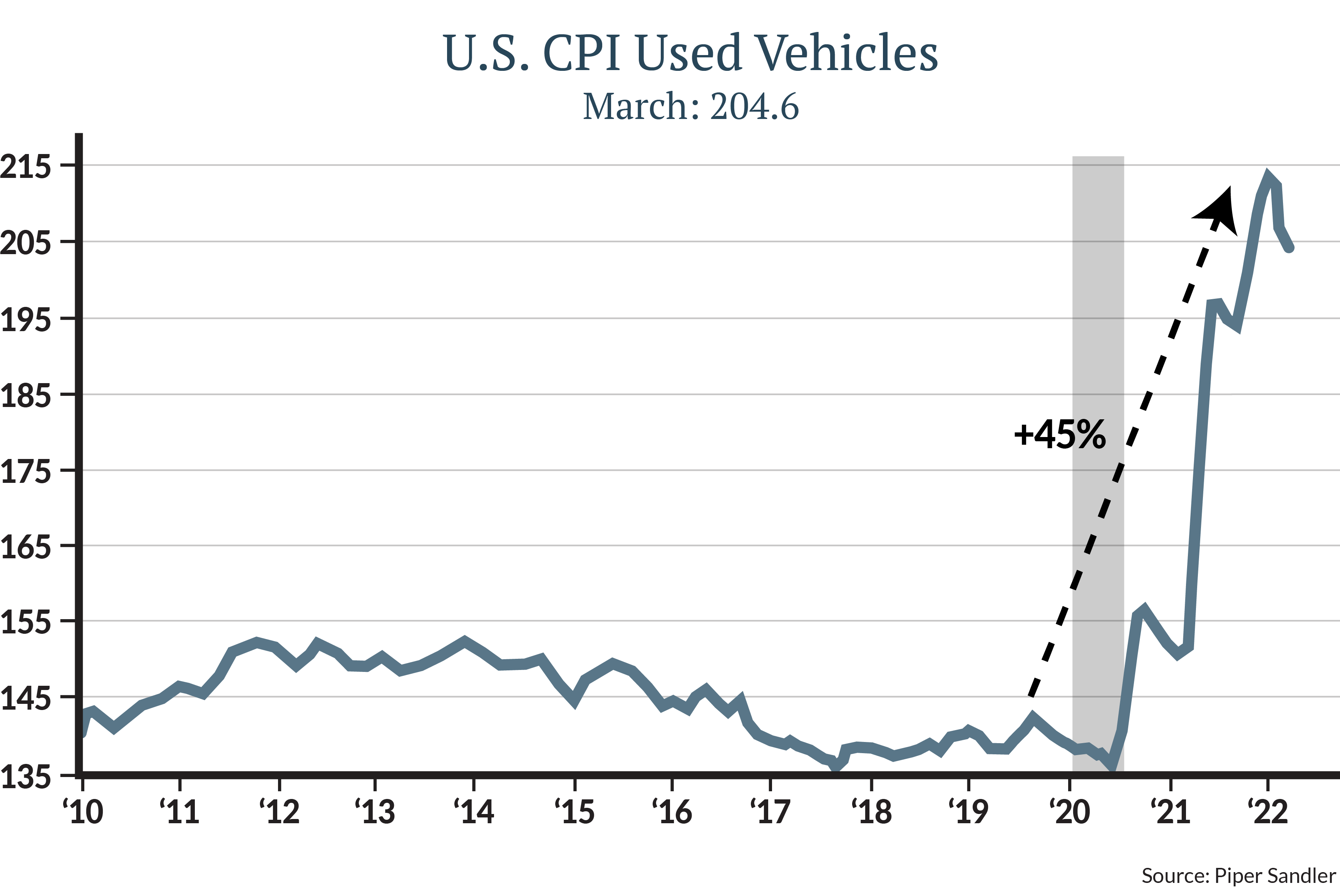 Services, on the other hand, have begun to take share of consumers’ wallets. Hotels, restaurants, and airlines have increased substantially from their pandemic lows, but still have plenty of room to run. American Airlines cited strong demand as bookings and revenue in March were the highest in company history. Guidance points to a return to profitability in the second quarter despite higher fuel prices. These industries tend to be held in the value sector which has held up much better this year.

Within portfolios, we remain balanced in our approach between growth and value. In last week’s commentary, Brian Andrew referenced changing leadership given global-market trends. Our balanced approach reflects our belief that valuations still remain high for certain growth stocks. On the value side of the portfolio, we see less opportunity in cyclicals as economic growth moderates. As we continue to watch this earnings season unfold, we will look at inflation’s effect on company profits and consumer demand. I would venture to bet that demand for puzzles has slowed as I, like many others, put them away to collect dust and plan for my next trip. 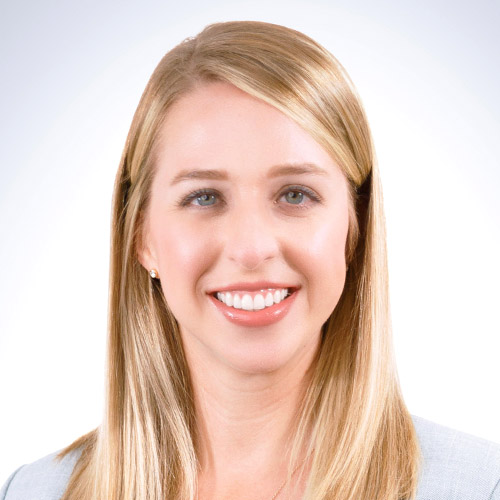