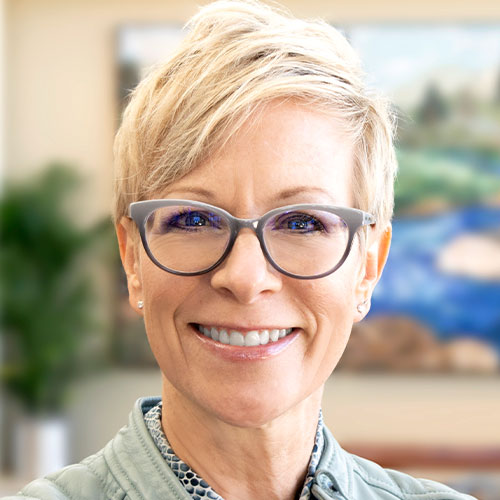 Denise Domian, Chief Human Resources Officer for Racine, Wisconsin-based Johnson Financial Group, felt her firm had already been making strides in terms of diversity and inclusion. But she also thought they could be doing more. She asked herself, "How do you know you're working on the right things if you don't ask your employees?"

So midway through this year, she launched Zoom meetings with small groups of employees to discuss how they feel when it comes to D&I efforts at the firm. The
only executives to join the meetings are Domian and the company's CEO. Each meeting simply asks the following questions:

Johnson Financial Group is just one firm focused on fostering a more inclusive culture. Creating a company culture that values diversity and inclusion has been a goal for forward-thinking advisors for decades. In recent years, this initiative has gained even more steam as research piles up proving that D&I programs lead to better short- and long-term business outcomes. More than one-third of employees cite inclusion as a reason they are emotionally invested in their work , and consistently inclusive workplaces outperformed market benchmarks throughout the Great Recession.1, 2

There's a forgotten "I" in team

Many RIAs have focused on the “diversity" part of D&I, ramping up recruiting and development efforts to hire and promote a more diverse employee base. However, committing to hiring a diverse team is just the first step.

The next step is creating a culture of inclusivity within the firm, which can both bolster recruiting efforts and set up the newly diverse team to succeed once it's in place. Plus, an inclusive team begets more diversity. A recent McKinsey survey revealed that 45% of ethnic minorities, 44% of women, and half of LGBTQ+ job candidates have turned down a professional opportunity due to a perceived lack of an inclusive culture.3

“You want people to feel like they matter at work," says Kate Healy, Managing Director, Generation Next, TD Ameritrade Institutional. “You want them to feel like they're being developed. The more you do that, the more they're going to give back to the firm."

But many traditional RIAs still have barriers in place that limit inclusiveness. Here's a look at five common challenges, and tips for how to face them head-on:

All humans have unconscious biases that can impact their decision making. Simply being aware of such biases can help mitigate their impact at work, so firms might consider implementing unconscious bias training for employees.

“Once you realize that a bias exists, you want to put structures in place to eliminate that unconscious bias as much as you can," Healy says.

For example, you might create a diverse hiring panel to help make decisions or create a rubric of questions so that every candidate gets asked the exact same ones.

Another way to minimize unconscious bias is to promote a culture that supports respectfully pointing out when other employees might be reinforcing stereotypes or unintentionally excluding others. This may lead to difficult, uncomfortable conversations, but that may be necessary to foster inclusivity.

Again, even if RIAs aren't intentionally excluding certain groups of coworkers, it's important to take a look at all firm activities to see whether they may be offering an advantage to some groups over others. Having managers speak first at every meeting, for example, might discourage those with different views from voicing them afterward. A more inclusive policy might have the meeting leader call on someone who doesn't often get a chance to speak to open the meeting.

Social team-building events are another area that may be unintentionally exclusive. Events that always take place immediately after work, for example, might exclude those with child- or elder-care obligations, while an annual team-building event that focuses on physical activity might exclude employees with a disability. You don't have to completely abandon such events, but it could be helpful to include other extracurricular options that could serve a broader crowd.

Rather than minimizing the qualities that make your employees different from each other, celebrate them. Tobias Financial Advisors recently began creating short online profiles of team members, highlighting their background and culture, and the values that drove them to become an advisor. The profiles get shared internally as well as on social media.

“The cool part is learning more about each other. But we're also allowing employees to be their authentic selves and we appreciate them for who they are and where they come from," says CEO Marianela Collado. “It's part of creating an environment where you feel like you can be yourself."

Long considered a benefit for working mothers or a perk for millennials obsessed with work-life balance, the COVID-19 pandemic has shown that nearly all employees benefit from flexible work arrangements. This increased agility allows employees to work from home or shift hours as needed, while still completing their work.

“Flexibility is trust," says Alan Moore, CEO and co-founder of XYPN. “If you don't trust people enough to let them work from home, to come in when they need to, to leave without asking permission, then either you have hired the wrong people, or you are the problem. Hire people you trust, trust them to manage their time and schedule, and they won't abuse it."

When everyone works on more flexible schedules, those who need to do so regularly no longer risk a stigma that they're not as dedicated as those who can work a traditional onsite nine-to-five.

Even if you're making progress in hiring a diverse team, it may be hard for employees to feel as if their organization truly values people like them if the business doesn't have any clients who look like them.

“The number-one thing that's holding firms back from being more diverse is the fact that their client base is not diverse," Moore says. “If you can solve the client problem first, then you can solve the advisor problem."

Moore says that may mean some firms need to take another look at their pricing structure. The traditional approach of charging a percentage of assets under management and requiring a high minimum investment often means firms are excluding all but the wealthiest clients, a group that's inherently less diverse than the rest of the country.

In a time where workforces are scattered and normal schedules disrupted, it's harder than ever to make people feel valued and included. But self-reflection and careful evaluation of workplace processes can help create a more inclusive environment, regardless of where the work is taking place.

Diversity and inclusion go beyond gender, age, and race. To learn more about how to build a truly diverse firm, read other articles from Kate Healy, such as "What we can do to increase diversity in financial planning" or "The RIA world isn't an 'old boys club."

TD Ameritrade, Inc. and the mentioned third parties are separate unaffiliated companies and are not responsible for each other's services or policies.

Content provided is for educational purposes only and is not intended to be advice for any firm.